Indonesia National Flowers – It has become a habit worldwide that a country must have a flower symbol to represent their image. Netherlands are known to be Tulip country. Japan has Sakura (cherry) as their symbol.

How about Indonesia? Does this country have flowers that can represent them like Tulip for Netherlands?

The country announced in 1993 three species of flowers that are selected among thousands of species to become Indonesia National Flowers. Each flower is given specific title based on their characteristic.

Do you know which species they are? Please see on the below.

1. The Flower of Nation

Jasmine. This beautiful and sweet smelling flower has been titled as “The Flower of Nation” (Puspa Bangsa).

There are many types of Jasmine in Indonesia but specifically Indonesia chose Jasminum Sambac to represent Indonesia as a national symbol.

Literature mentioned that the origin of this species is from Southern area of Asia continent, such as India. However, the flower has been important part in Indonesia people daily life since long time ago.

You can find our tea is often mixed with the leave of this flower. It is used also for a mix of flowers usually sown by people when visiting the graves of their beloved ones. Plenty traditional ceremonies in Indonesia can not be separated from the usage of the jasmine as ingredients.

2. The Flower of Charm

Indonesia is a country full of beauties. Therefore, the most beautiful flower has been chosen as its symbol.

The Moth Orchid, Plaenopsis is the symbol of our nation.

In Indonesia, it is not called as Moth orchid but Moon Orchid (Anggrek Bulan).

The beautiful flower flourish well under the plenty of sunlight in our tropical country. There are many variety of the flower found in Indonesia, pink, white and many others. Whichever you choose is not a matter because their charm is definitely undeniable.

The species was found in Indonesia natural forest by a man, named C.I. Blume. The guy was the former director of Lands Plantentuin de Buitenzorg or what is currently known as Bogor Botanical Gardens, the first Botanic garden in South East Asia.

This flower is Indonesia Flower of Charm.

Indonesia has many rare plant species that don’t exist in other parts of the world. One of them is Rafflesia Arnoldii.

So rare, even in Indonesia, there is only specific place where this flower can be found. The place is in natural forest of Bengkulu Province.

It was firstly found by Dr. Joseph Arnold, a member of expedition team lead by the famous Briton, Sir Thomas Stamford Raffles, the founder of London Zoo. It was 1818 when Dr Arnold visited Bengkulu province and found this species near a river in the province.

The name of the flower, Rafflesia Arnoldii is given after the name of Dr Arnold and the expedition leader, Raffles. The finding has given also a nickname for Bengkulu province as the Land of Rafflesia.

The flower itself is that big to be considered as the biggest flower in the world. The diameter can reach 1 meter and its weight can be more than 11 kilograms. The flower doesn’t blossom quite often in a year. It can only be found just in specific time and season.

That is why the flower is selected to represent all rare species in Indonesia.

That’s all the Indonesia National Flowers. I do hope by knowing those flowers whenever you see photos or pictures of the three, you would remember about this country, my country, Indonesia. 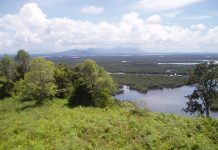 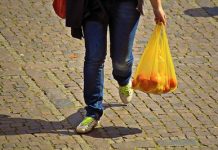 Indonesians to Pay For a Plastic Bag 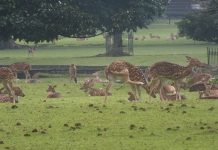 Indonesians to Pay For a Plastic Bag

Anton Ardyanto -
0
Starting this year, whenever you buy something in stores or supermarket in Indonesia, you will be asked if you need a plastic bag to... 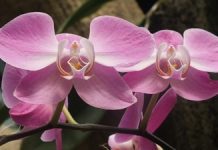 Anton Ardyanto -
0
Indonesia National Flowers - It has become a habit worldwide that a country must have a flower symbol to represent their image. Netherlands are... 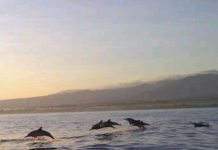 Anton Ardyanto -
0
Lovina Beach will be a good option after you feel bored with white sand beaches easily found in Bali island. Surely, after seeing Kecak...

Anton Ardyanto -
0
Pr White spotted deer is not the actual name for this animal. It is the way how Indonesian calling this cutie. The name is based...

The Old Indonesian Three Wheeler, Becak Is Not The Same As...