After BRIsat arrived in orbit, the state-owned bank will perform handover operation and use of the Arianespace.

“Already in orbit. Now, it is still under the process to continue in the hand-over. However, it is already in Papua sky at 150.5 East Longitude,” explained Director of BRI Asmawi Syam while attending Eid gathering at the Ministry of SOEs, Central Jakarta, Monday (11/07/2016).

While waiting for the BRI satellites fully operational, all related parties are undertaking various preparations and operational test. The hope is that BRIsat will be fully operations in August 2016.

“It’s still under tests, all related parties are still sitting for the next two months until August,” said Asmawi.

With the operation BRIsat next month, it is expected to facilitate customers in conducting BRI digital transactions to various remote areas.

“The technology, we’ve created e-market BRI, is develop our capacity so that it can be utilized as much as possible. It is also to develop the intelligent behavior that also need transponders as well,” said Asmawi. 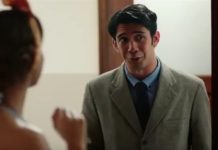