Indonesian are known to talk in length. They enjoy to use clauses, not only in written or verbal. You may find it when you speak to them or exchanging email.

It’s one of the reason if you want to learn Indonesian, the language, you should try to understand about one specific word, the “YANG”.  You may feel surprised to know how often this simple word comes out from Indonesian when they speak.

Firstly, don’t spell YANG as the Yin-Yang in Chinese. It sounds similar to the sound of Yank in Yankee. Instead of that, YANG in Indonesian is pronounced like “Young” in English.

The Meaning and Function

Indonesian’s YANG never a stand alone word which means it has no meaning when there is no other words following it. It is because YANG is considered as a conjunction and the clause maker.

The clause and pronoun maker

It has similar function to “That”, “Which”, “Whose”. Yes, Indonesian’s YANG can act as those 3 English words. The meaning depends on the preceding word .

The translation in English for the sentence is

2. Yang in the sentence doesn’t have meaning and act as a conjunction

The one, who just left is Ani’s ex boyfriend.

The phrase of “Yang baru saja pergi” means, the one who just left” is a pronoun and acts as a subject.

The translation in English reflects that actually “Yang” and “That/Who” are not 100% the same because we can’t use “who” or “that” in the same manner as “Yang” in Indonesian.

You may hear a lot these day that some Indonesians utter “Yang” when he/she calls someone.

This type of “yang” is not the one explained on the above because it’s actually only a short form of the word “SAYANG” that means “Darling” in English. Usually, it is said to their sweetheart, children, but may times nowadays it is directed to close friends.

This is just a short explanation about “YANG”, the word that you may find often if you speak with Indonesian. 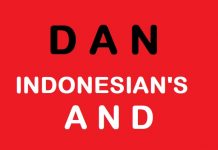 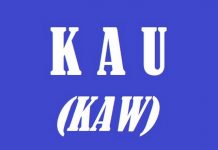 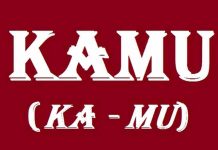 What Does SAYA Mean? – Indonesian Pronouns #1

How To Say “HOW ARE YOU?” In Indonesian

How To Praise Woman or Girl’s Beauty in Indonesian

Don’t Forget To Use “TOLONG” When You Request Someone to Help...