What is so special from The Praoe Lajar Cigarette Factory that made it deserved to be written?

The cigarette itself is quite interesting to write. It is not famous. It is not the brand Indonesian smokers accustomed with.

Not the cigarettes the factory produces that attract most attention. Many visitors come to Semarang City always spare some time to see the Praoe Lajar Cigarette Factory. Even, the non smokers are included.

The building and its history is the main reason for them dropping by to Old Town (Little Netherlands) in Semarang City, Central Java.

The factory itself was started as an office of one Dutch energy company named Maintz & Co. . They were the owner of the building.

It was used as an office instead of a factory. At that time the company got orders from Dutch East Indie Government to develop electricity network in Java Island.

The record shows that the structure was established in 1900. The office became operative  in 1909 . Not as cigarette factory but as an office for electricity company.

Typical things of the 1900’s Dutch architecture can be seen from the big windows and the vents. This is similar to many other buildings or structures made in the same era, like also can be seen in my hometown, Bogor.

The operation as electricity developer office came to an end after the Independence of Indonesia. After the war was over, all structures or building owned by Dutch companies were nationalized.

Since then, the structure was used as a cigarette factory until now.

The age and history behind the Praoe Lajar Cigarette Factory who attracts people to come. It is now considered as one of Semarang’s cultural heritages.

Until now ? Yes, the cigarette is still on the market. However, you may not find it on regular stores in Indonesia such as Indomart or Alfamart or Giant. No, you will not find it.

The Praoe Lajar cigarette has a nickname “fisherman cigarettes” with a reason.

Their market is fishermen. So, if you want to try, then you should go the the cities near Semarang City that are known as the center of fishing industries.

Three names of cities can be mentioned, Pekalongan, Tegal, or Pemalang. The three cities are located on the edge of Java Sea which means full of fishermen.

The name itself should show what market they are after.

Praoe Lajar. You will not find these words in nowadays Indonesian dictionary. The two words comes from old era of Indonesian. It needs Indonesian old spelling knowledge to understand. “Praoe Lajar” is an old version of “Perahu Layar” or sailing boat.

Sailing boat is the symbol of something related to sea or ocean. Fishermen can not be separated from the sea.

The building is old. the cigarette is also old. That’s the reason I write about the Praoe Lajar Cigarette Factory because there is a slice of Indonesia past history here.

Note : Very special thanks to my talented photographer friend, Mr Rudy Harso or Rudy Sempur. The beautiful pictures show a very good work he has done. His kindness to e-mail me a bunch of beautiful pictures of Old Town (Little Netherlands), as well as his permissions, make it is possible to write this article.

You can take a look more beautiful picture in his flickr account at www.flickr.com/sempur. You will see how beautiful Indonesia from his lense. 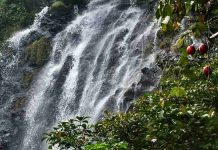 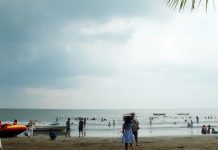 The Popular And Beautiful Anyer Beach 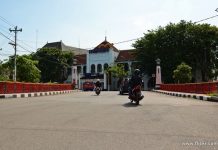 How To Spell Vowel E in Indonesia